The following article is written by Kanon Bloom, a current student at the Our Generation Training Center.

Why should you consider coming to the Our Generation Training Center? Why should you give up the “prime” years of your life to train to be a missionary? Why should you work your hardest to learn all that you can about ministry. Why would you do that?

What if someone told you about this strange place that existed.  This place is so big that it has well over four times the amount of people as the entire population of the United States. Also, you are told that this place has a terrible disease. People are dying from it every day. It is deadly. Remarkably let’s suppose that you have the cure for this disease and that you know that most of the people in this foreign place have never even heard about this cure. You know that the cure works because it healed you from the same disease. Would you go to that place and tell them about it? Would you work hard to get there so as to be able to tell the people there about the cure? Would you go?

The place is China. The disease is sin. The cure is the cross! Would you still go? There are more than 1.3 billion people in China. Sin is a deadlier disease than any cancer people will know on earth. Salvation is a way better cure than any cure medicine can provide. If you have been saved, then you have it, and you know that it works. What is going to keep you from going to tell the millions upon millions of Chinese people how they can have life?

Population:  Let me explain to you the amount of people that live in China. I could pull up all the stats and compare numbers and try to wow you with the size of the population, and that is probably worth doing. But, I would rather try just to describe to you what I experienced.   I grew up in Georgia about an hour drive from the Atlanta airport. All my life I knew about Atlanta and how it was a big city. I have probably driven through it over fifty times. In my mind, I lived in the city. Yea I lived on eight acres and was an hour drive from downtown, but whenever I traveled out of state, and someone asked me where I lived, I would tell them Atlanta.

So this past November, I had the opportunity to visit a missionary that lived in Dalian, China. I had never heard of this city before except that I knew about it as the place where this missionary worked. I figured it would be a pretty big city. Maybe about the size of Atlanta. I mean I had never heard about it before so I didn`t think about it as being that big.  I arrive in Dalian and begin my stay there. I quickly notice the amount of skyscrapers. They are not just little three story buildings, but are tall 25 plus story apartment buildings, and there are hundreds of them everywhere. There are even bunches of cranes where new buildings like these are being built. I am amazed. Then a few days into the trip I ride across the city to get to the high-speed rail station. The city just keeps going on. There is not just one little stretch of these tall buildings but miles of them. I realize that I am no longer in the small town of Atlanta, GA but that rather I am now in a real “big city.”

I then travel to another city, Harbin. On the train ride there, we passed another city named Shenyang. I come to find out that these two cities are both bigger than Dalian, the city where I was staying. China is HUGE. People are everywhere. There are now over 160 cities in China with over a million people. I had the opportunity to get to see some of these cities in person. There are literally millions of people your age living in cities all across China that are looking for hope and answers in their lives.

I can remember being in a church service in China. There were two ladies there visiting for the first time. During the service, the Gospel was preached, and we had an organization service for the church. I can still remember the expression on their faces. It was one of extreme interest and shock. It is like their faces were saying, “This is the wildest thing that I have ever heard in my life.” It seems like this reaction is common with many Chinese people when you first share with them the Gospel. They need to know about God`s amazing story. They need to know how he loves them. What are you going to do so that they will hear about this?

Presence of Laborers: There are not a whole lot of laborers in China. It is a huge place, and I don`t doubt that there are lots of people there trying to share the Gospel. Think with me though of the need. How can there be so much of a need if there aren`t tons of laborers needed? If there were enough laborers then, there wouldn`t be such a great need for the Gospel. Jesus in Matthew 9:37 says, “The harvest truly is plenteous, but the laborers are few; Pray ye the Lord of the harvest, that he will send forth laborers into his harvest.”  That verse is so true about China. There is a great harvest to be won in China, but the laborers are so few.

There are many people that go to live in China as business men or English teachers. They use some of their time to witness and share the Gospel with people. They are making impact; people are coming to Christ through their ministries. However, there is a real dearth of church planting, disciple making, leader training missionaries in China. We need laborers, but especially laborers that will give their life to planting a church and training Chinese men to start other churches that will reach thousands with the Gospel of Christ. Will you sign up to go?

What do you think? You tell me. I would love to hear from you. 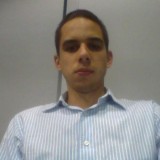